I’ve been playing around with the app, Tinkerplay.  I started with my MakerMonday group of students and successfully printed one to the delight of the child who made it!

Then students in our FACES Special Education class designed characters during their Makerspace time.

Finally, I brought in a class of 22 third graders who are reading The Indian and Cupboard.  They designed action figures to place in the cupboard.

From those three trials, here’s what I’ve learned. 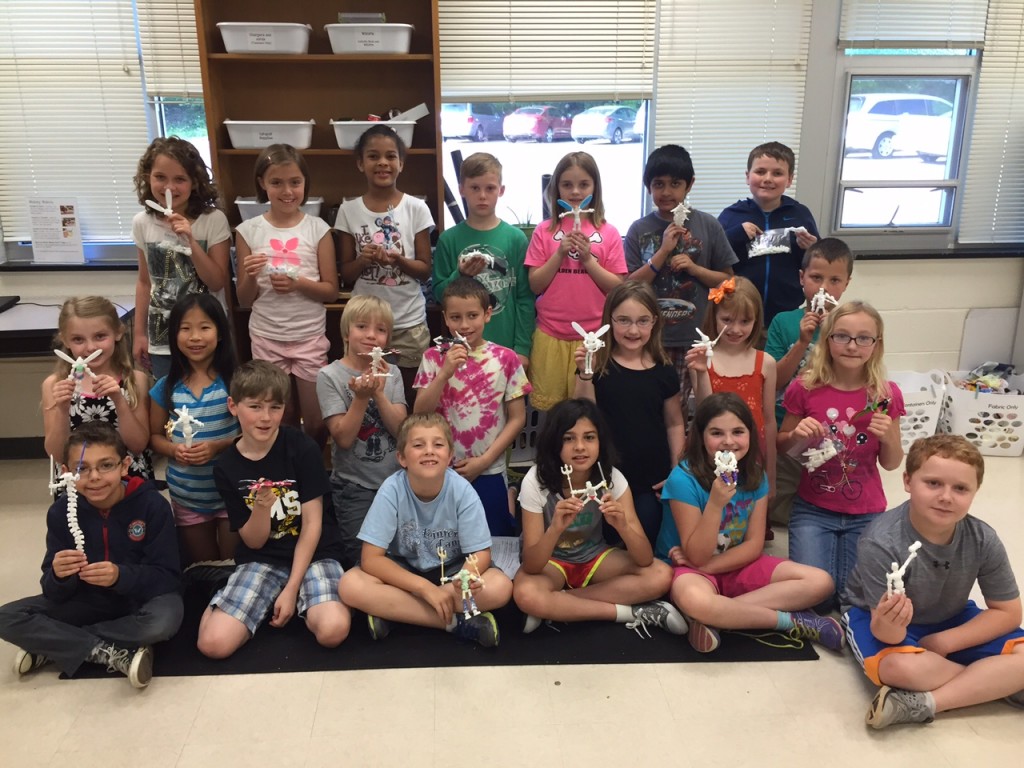 Fourth Graders at Oak Grove Elementary participated in the White House’s 3D Printed Ornament Challenge.  Check out the description of the contest:

When you’ve got a big house to decorate for the holidays, advanced planning is wise. So naturally, the White House is already thinking about this year’s holiday decor, and we’re going to help them deck their halls. Instructables is excited to partner with the Smithsonian and the White House in this 3D Printed Ornament Challenge. Some of the winners of this challenge will have their work printed and hung in the East Wing of the White House during the holiday season. Additionally, those selected to be displayed at the White House will be featured on the Smithsonian’s state of the art 3D data platform, 3d.si.edu and will join a small collection of White House ornaments in the political history division of the Smithsonian’s National Museum of American History.

Check out our students’ Instructables and pictures which document the process from start to finish!

Please note: Views and ideas on the website do not officially represent the views and opinions of Roanoke County Public Schools.